Hue was the capital city of Vietnam until 1945 and home of the Nguyen Dynasty. The city is located along the Perfume River; The most famous monument of Hue being the Dai Noi Citadel with the Imperial City and the Forbidden Purple City. 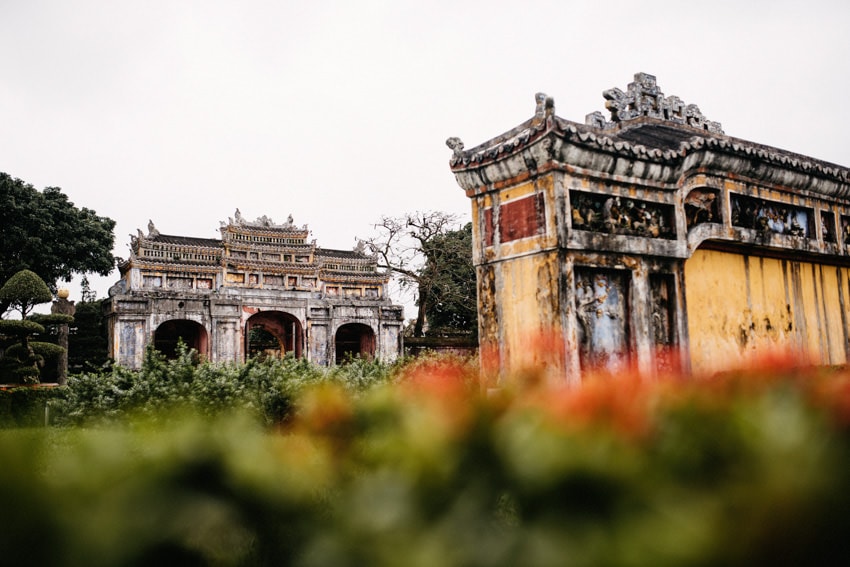 Travelling from south to north, we arrived in Hue from Hoi An by bus, which takes about 4 hours. Trains are only available from Da Nang, so we took the bus. Coming from the north, there are flights, busses and trains from Hanoi and Dong Hoi.

Vietnam’s history is reflected in the Citadel and the Imperial City in Hue as in many other places we have visited like the Cu Chi Tunnels. We spent ½ day in the Citadel – there is a lot to see and walking distances are further than it may seem on the map. 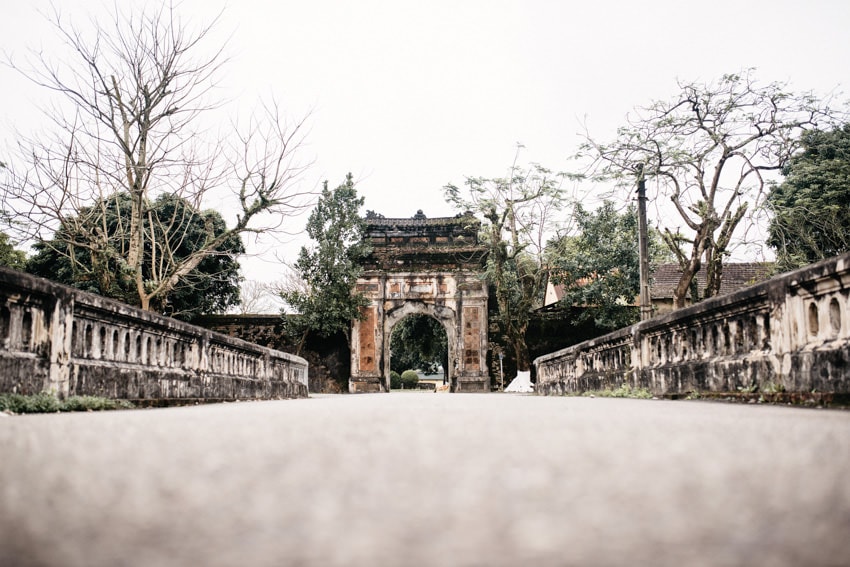 The Citadel is surrounded by a big wall and accommodates the Imperial City (which then again accommodates the Forbidden Purple City). The entire area is subdivided in many zones by walls – the majority of them featuring little palaces. At one side the area is limited by the citadel and on the other side by the Botanical Gardens. Regarding the architecture, the Forbidden Purple City resembles the Forbidden City in Beijing – one of the biggest differences being the orientation. They orient the Forbidden City in Hue to the river in the East, the Forbidden City in China faces south. The Imperial City suffered severe damage as a consequence of the Tet-Offensive during Vietnam War (of course, Hue as the capital was a desired target for the US troops). The remaining buildings are still restored and preserved today – in 1993 the site was declared a UNESCO World Heritage.

If you enjoy dipping into the imperial history of Vietnam and enjoy the beauty of Chinese-influenced Vietnamese palaces, the Citadel / Imperial City is a definite must-do for your travel bucket list in Vietnam. Apart from this major monument, Hue features many Emperor’s graves as well as pagodas, garden palaces and a market offering every Viet specialty. As we had enough of the city after our visit to the Citadel, we escaped to nature on our second day and visit Bach Mã National Park. 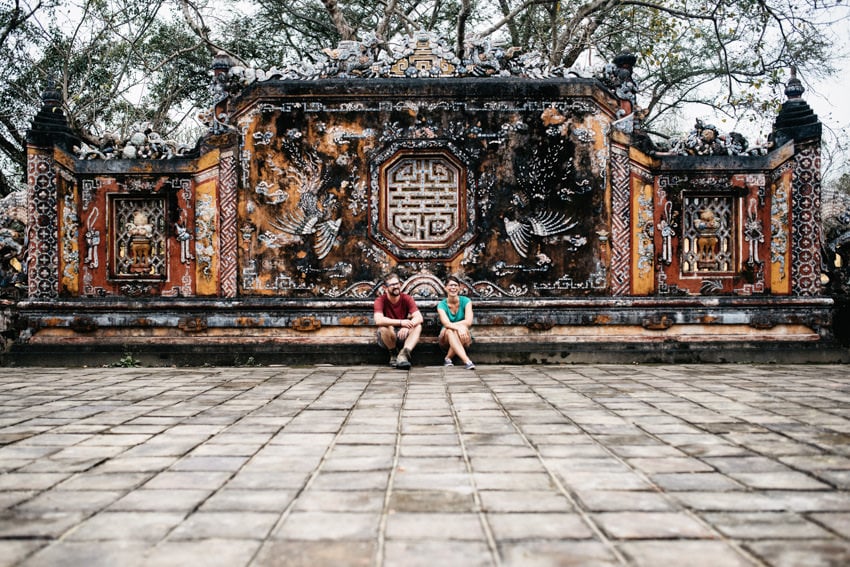 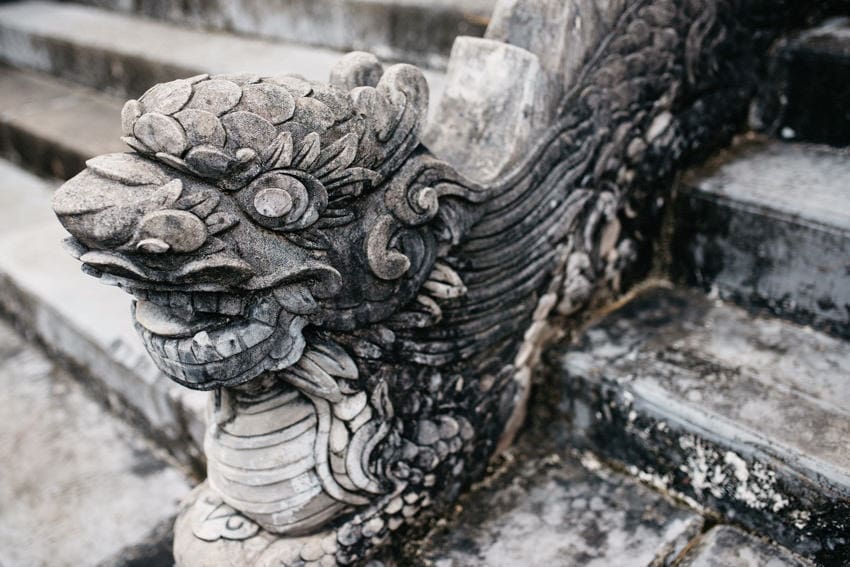 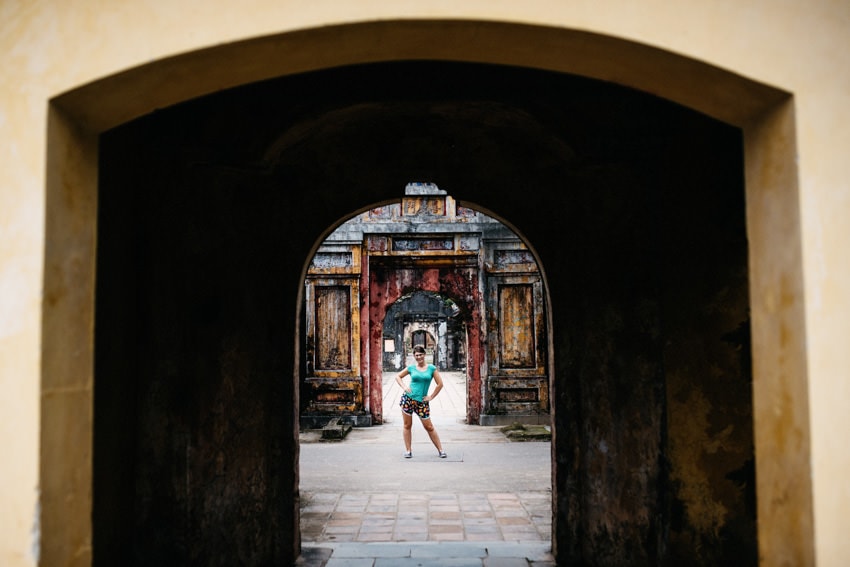 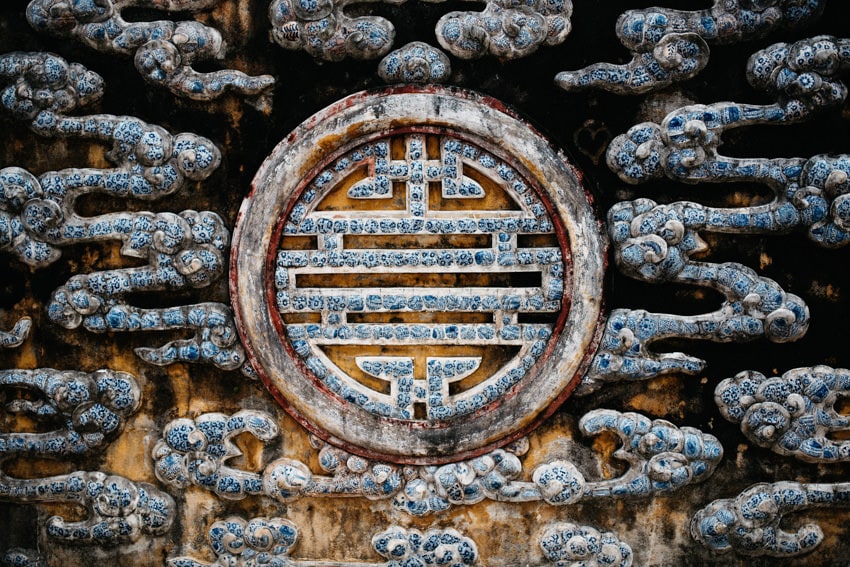 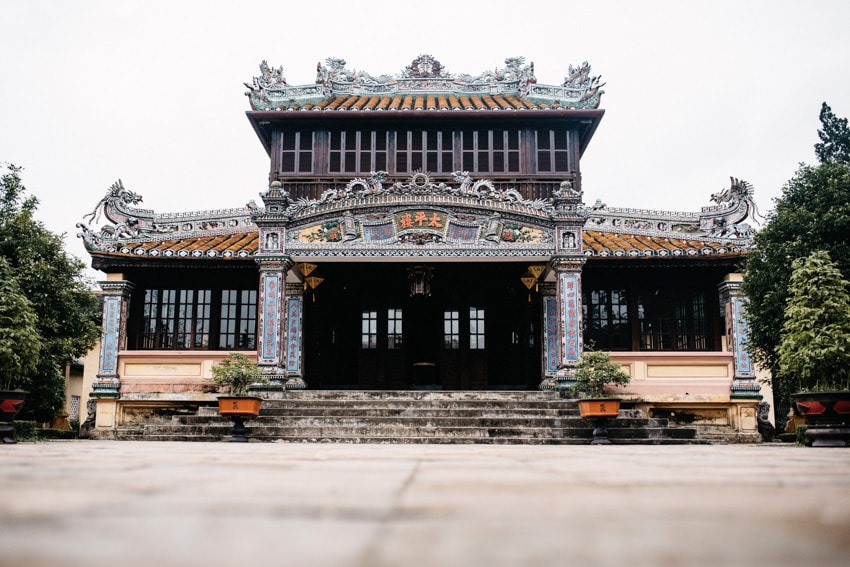 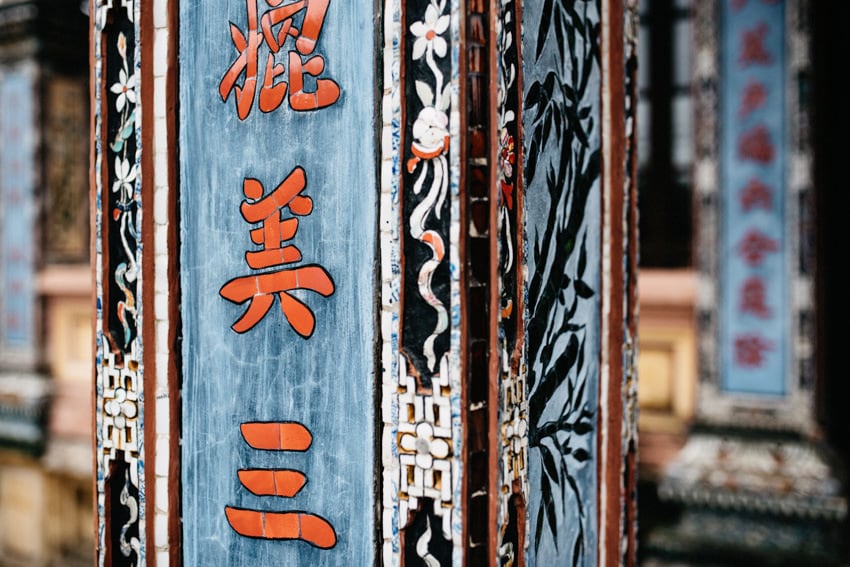 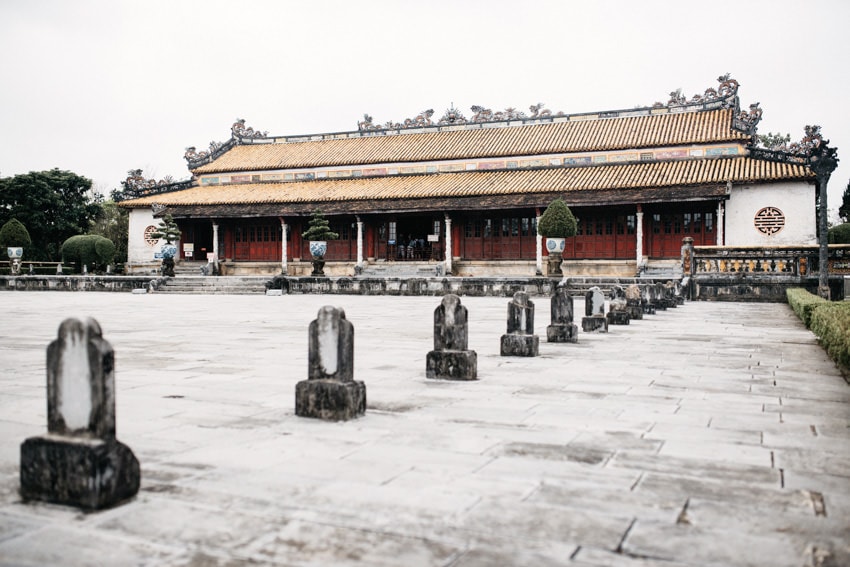 Our Restaurant Tip for Hue
Madame Tu – The Taste of Hue (Check it on TripAdvisor) is a little, atmospheric restaurant where typical food from Hue is served. The menu features 10 dishes typical to Hue. It reminds a little on a Tapas Bar – most of the dishes include 5 – 10 pieces. They bring one after the other and you can try lots of different stuff. We went there with 4 friends (so, 6 people in total) and ordered 6 pieces of each of the 10 dishes – so, we all got to try everything. After we had eaten everything, we even received a free desert – home-made yoghurt. Prices are moderate – not super-cheap but also not expensive. The hot ginger tea is delicious – they make it with fresh ginger. 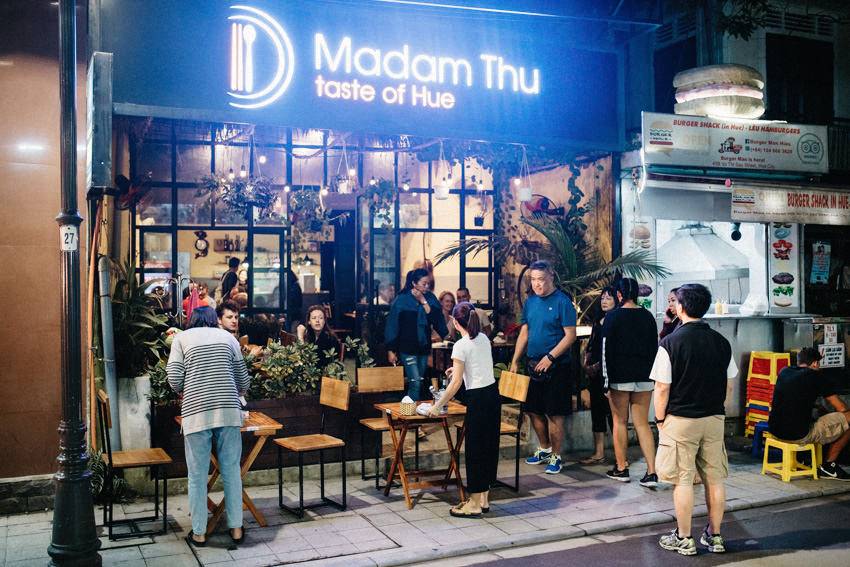 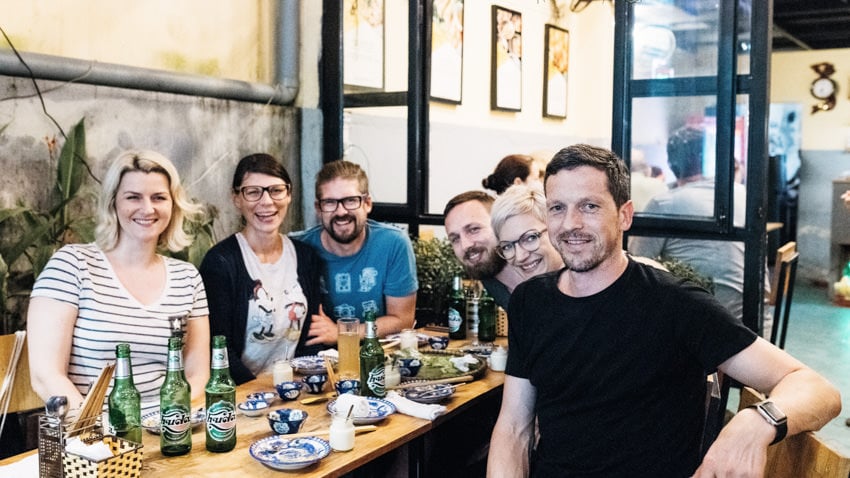 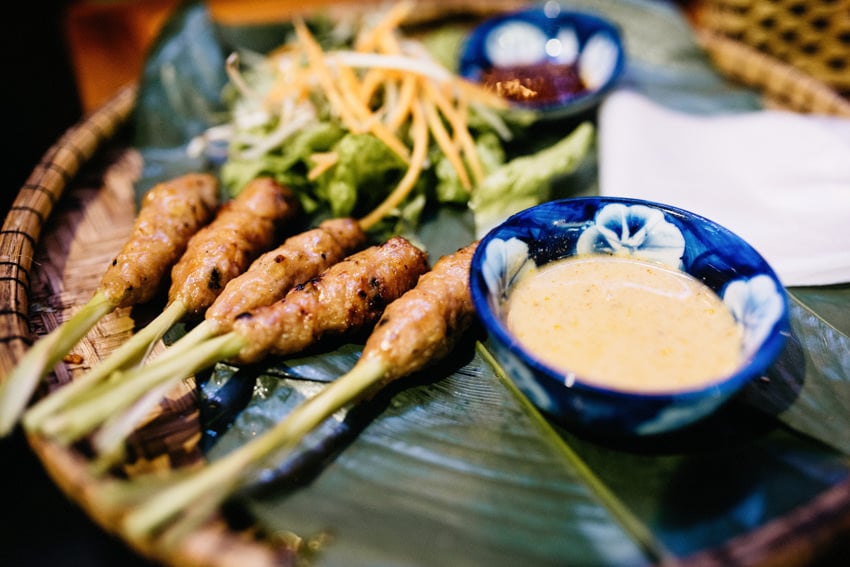 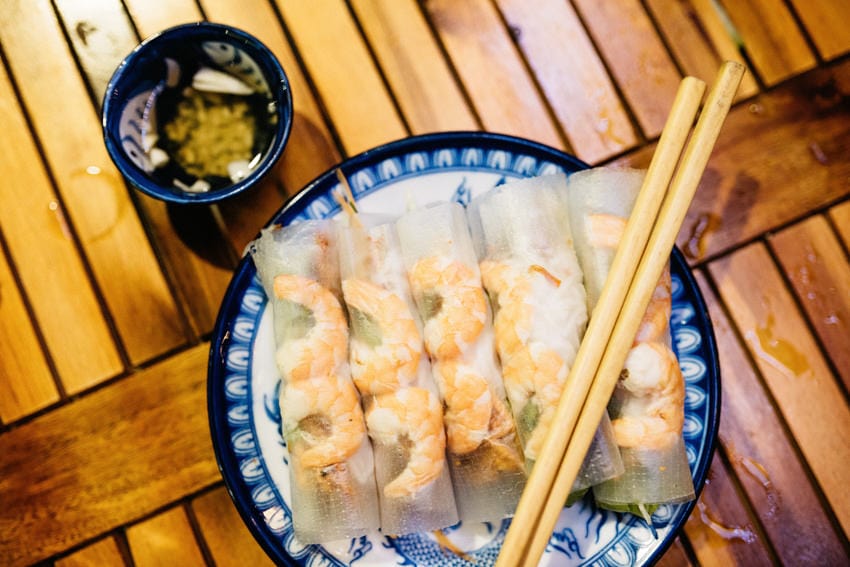 As we really embrace mountainous landscapes, trekking and adventure, we did a 1-day excursion to Bach Mã National Park from Hue. It is located only 40 kilometers south of Hue – so, the city is the perfect starting point for an exploration of the National Park. You can also do a tour from Hoi An or Da Nang, however, the drive is much longer. It is a real “rain”forest – it rains almost every day, the mountains are usually covered by fog and you barely get to enjoy the panoramic view down the valley and to the ocean.

We did a 1-day guided tour to the National Park. Doing the tour individually was no option as we were not sure about the conditions of the track, signpostings and the wildlife. We did a lot of research about tours to Bach Mã National Park and it was not really easy to find a tour operator that offers group tours – TNT Travel is one of not so many if not the only one. Most tour operators only organize private tours to the national park on demand. Private tours cost around 60 USD per person, the group tour was only 27 USD per person – that was basically the major reason for us preferring the group tour. 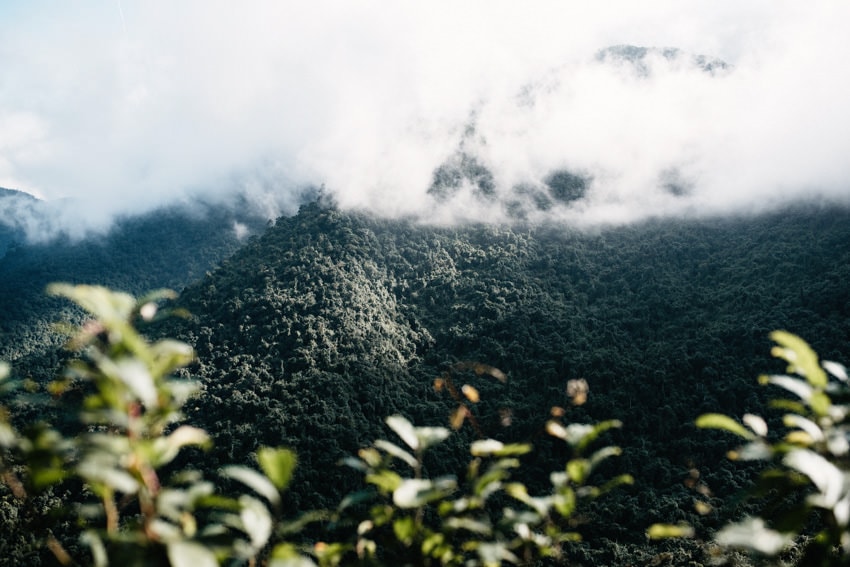 We were picked up at 7:45 AM at our homestay in Hue by our driver and our guide. The drive to the Bach Mã National Park Visitor Center takes about 1 hour. At the Visitor Center, we shortly stopped for the bathroom and for our guide to pay the entrance fee. Then we drove up the mountain – for the approximately 20 kilometers, it took us about 30 minutes. The first trek of the day led us up to the viewpoint. On clear days, you are supposed to have a wonderful panoramic view down the valley and if you are lucky, you can even see the ocean. We were not sooo lucky regarding the weather, so we couldn’t see anything but fog and rain. On the way to the viewpoint, we passed the Bach Mã Tunnels that were used during Vietnam War to store food and weapons.

After the little excursion to the viewpoint, we had an early lunch. The lunch was fantastic – rice, tofu, beef, vegetables and egg. After lunch, we started the real trek of the day – The 5 Lakes Trek. There are two different treks – an easy one where you only get to see 3 lakes and an adventurous one where you pass all 5 lakes. Our group did the harder one as we all wanted to enjoy the full 5 lakes experience. 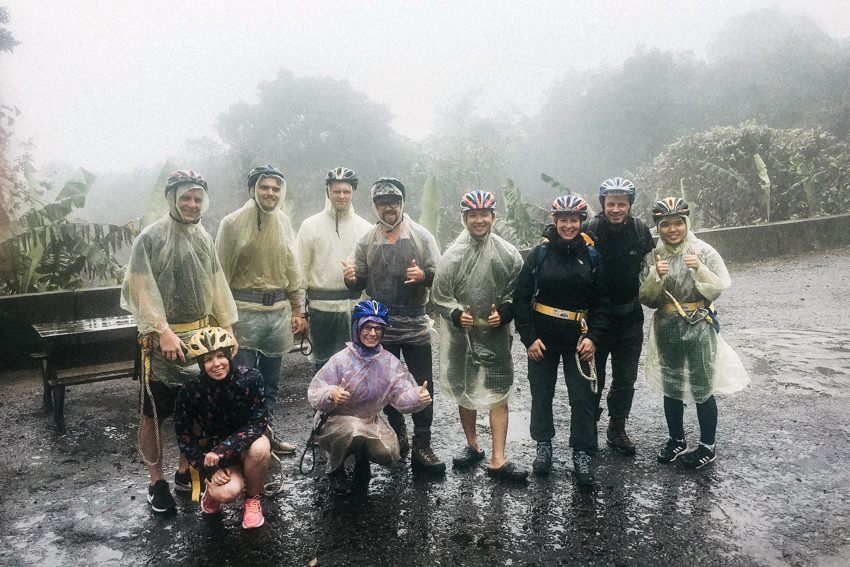 Before we started the trek, we got equipped with a helmet and a karabiner (to be safe during the harder parts, especially when it is slippery). Once we were all set-up, we started the trek. It leads deep into the rainforest of Bach Mã National Park. The whole adventurous 5-Lakes trek is about 3-4 kilometers long and takes about 1.5 – 2 hours. Parts of the trek are really narrow, parts of it lead over very slippery rocks or down the little wooden (also slippery) ladders. It is not an easy track, however, you don’t need to be a climbing / trekking professional either. We passed little waterfalls and lake 1 and 2 until we reached lake 3 – the lake where we could take a little bath and go swimming. The weather itself was rainy and foggy – so, it wasn’t necessarily a bathing day. However, as it was the only time we had the chance to swim in Lake 3 in Bach Mã National Park, Bianca put on her bathing suit and jumped in. The water only had 18 degrees Celsius and her heart almost stopped beating. But as she loves swimming in lagoons so much, she still really enjoyed the experience. 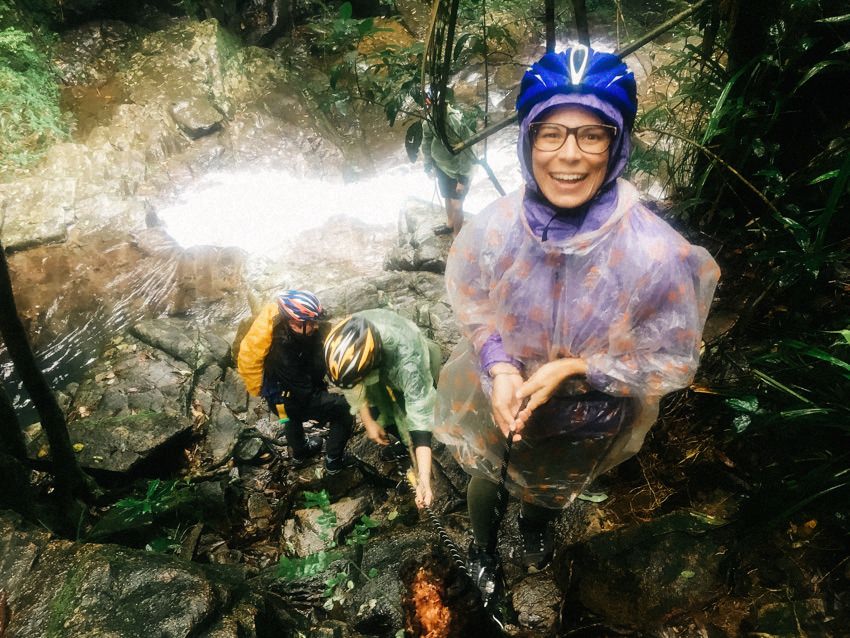 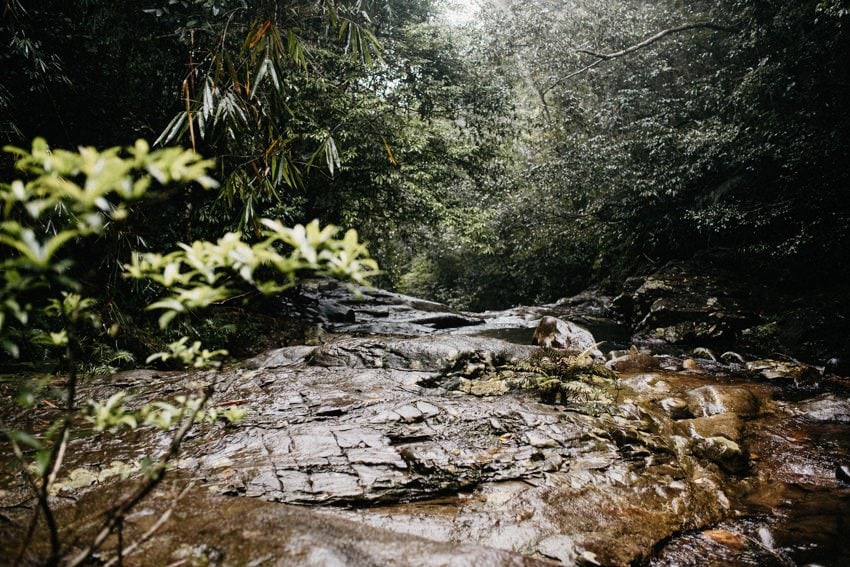 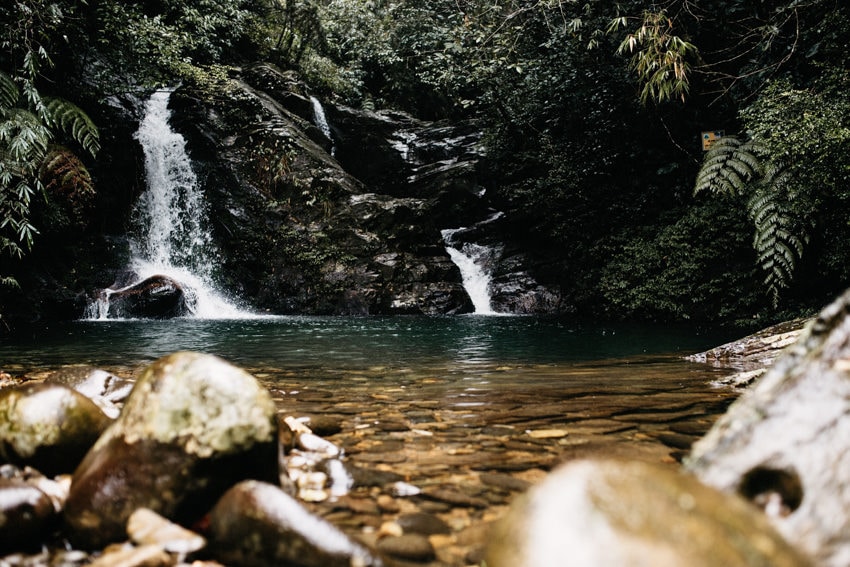 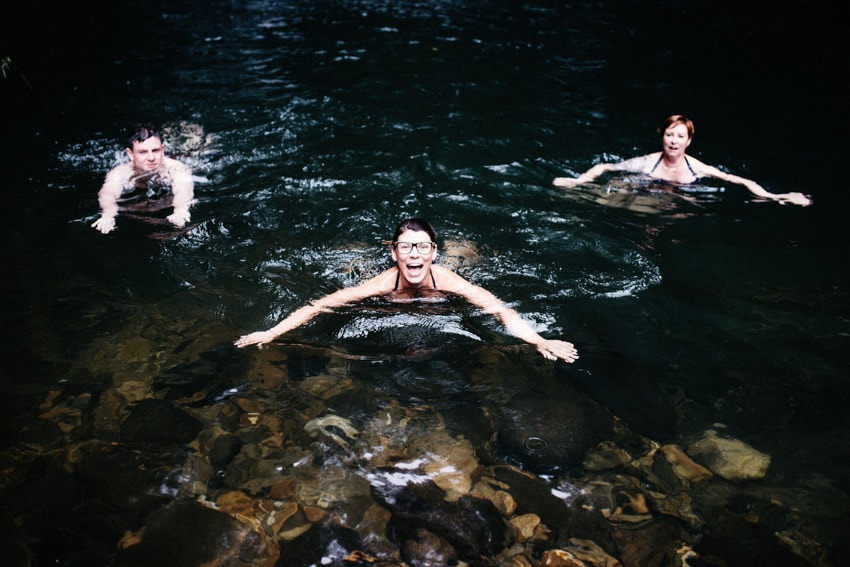 After Lake 3, we continued to Lake 4+5, which even included a little zip line over a river. The last part of the trek features lots of river crossings. For some, you can jump from stone to stone, but some don’t have big stones, so you need to walk through the water. Also on the zip line, none of our group arrived on the other side but in the river (some fell in and got soaking wet). The last stop is a waterfall – you can watch it from the top or also walk down to admire it from the bottom. As it was rainy and the path really slippery, we did not go down and just watched it from the top.

After the waterfall, we walked back to the bus that brought us safely back to Hue.

Bianca enjoyed the trip very much as she doesn’t mind walking/trekking in the rain or getting wet feet. Tom, by contrast, doesn’t really like it so he did not perceive the excursion as one the highlights of our travels. If you enjoy trekking, a bit of adventure climbing over wet rocks on a narrow path, exposure to the deep jungle and don’t mind trekking in the rain, we do definitely recommend an excursion to Bach Mã National Park. We can also recommend TNT Travel as the guide was great, and they delivered everything as promised. 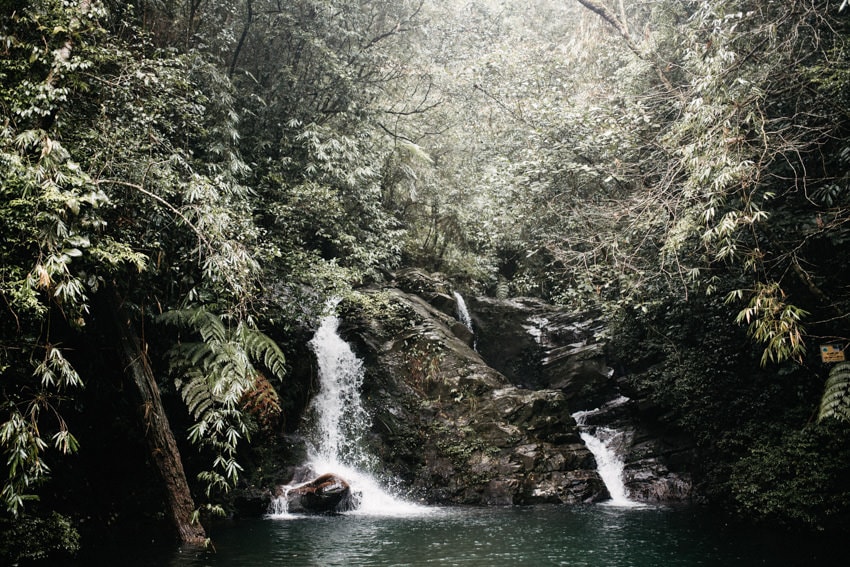 Our Top Travel Hacks for a visit to Bach Mã National Park:

Wear long trousers – there are lots of leeches spread over the park – they love to climb up your shoes and suck your blood. Long trousers do not completely prevent from getting one, but at least it limits the risk a little bit.

Wear Shoes that you don’t mind when they get wet – on the adventure track, you will have to cross many bridges. As we wore our normal hiking boots, we did not want them to get wet. We needed them every day so drying them for a few days (in Vietnam’s high humidity) was not an option. So, we had to take off our shoes before crossing the rivers every time which was annoying and time-consuming.

A lovely small family run business that is excellently located, clean and the owners are very friendly and helpful.